Grand Canyon Camping; The Grand Canyon of the Colorado River, the crowning landform of the breathtakingly scenic Colorado Plateau, ranks among the largest and most awe-inspiring gorges on the planet. The splendor here comes at all scales: from the bowl-you-over skyline of the ravaged chasm (revealing several billion years of Earth history in its maw) and the raging waves of Colorado whitewater to the hanging-garden greenery of a little spring-watered gully. Given the majesty of this erosional landscape, camping in Grand Canyon National Park ranks among the finest in the Lower 48.
Pitching a tent, though, can take place in a great variety of settings, from the most developed to the most primitive. Here we’ll sketch out the basics of Grand Canyon-style camping, from the North Rim to the South. 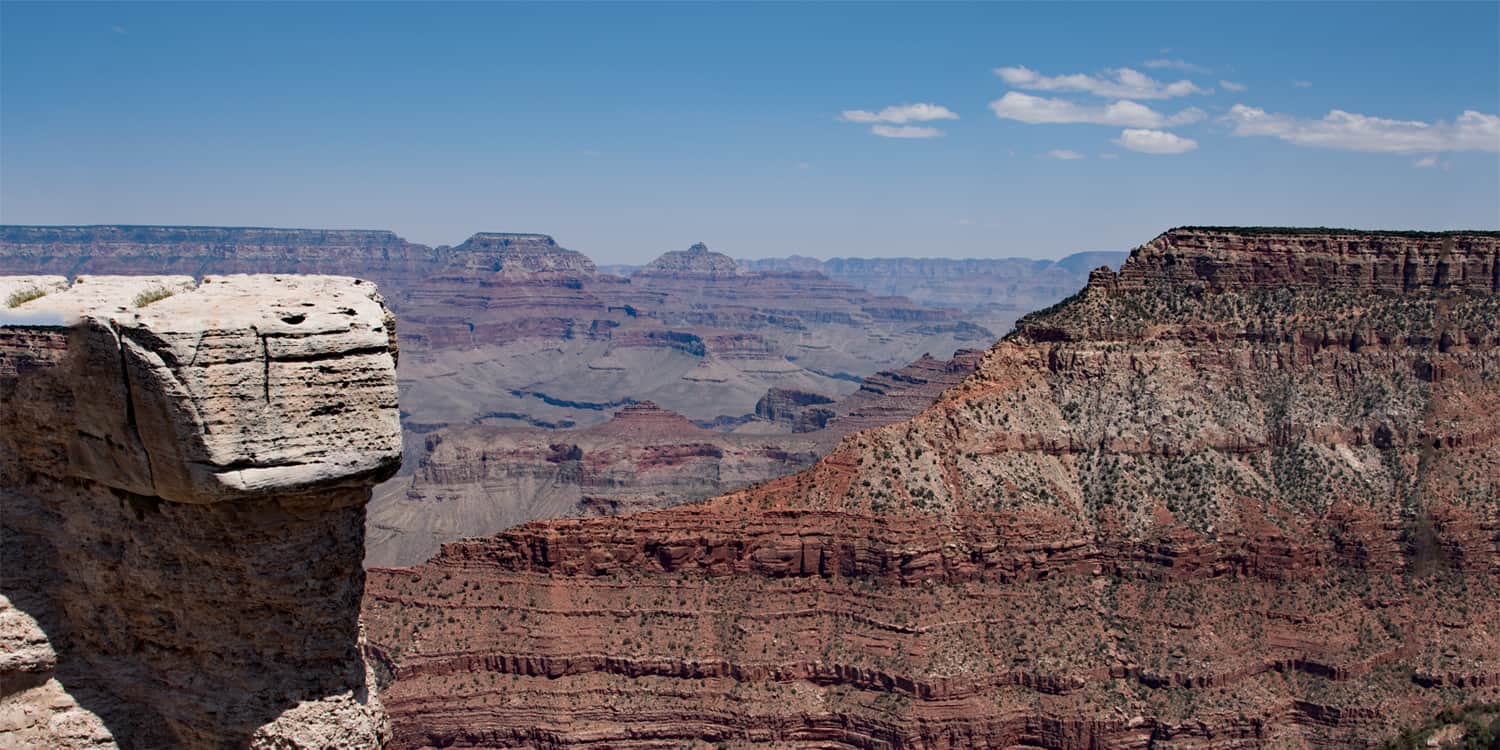 Two established campgrounds service the South Rim: Mather and Desert View. Mather Campground (300-plus sites, $18 per night), the park’s largest, is open year-round and includes a slew of amenities, including fee laundry and showers within easy reach. Mather’s sites, nestled amid ponderosa pines, can be reserved during the summer months—and the Park Service recommends it, given how popular the spot is—while wintertime camping is on a first-come, first-served basis. A quieter alternative, Desert View (50 first-come, first-served sites, $12 per night), open from spring through autumn, lies amid a handsome pinyon-juniper woodland not far from the well-known Desert View Watchtower and its epic canyon vantage.

The North Rim Campground (87 sites, $18-25 per night) provides the main developed camping on the other, somewhat less-visited side of the yawning abyss. It’s a lovely setting up at some 8,300 feet amid the Kaibab Plateau’s mixed-conifer and aspen forest. Spring-to-fall reservations are strongly recommended given the campground’s popularity (skiers and snowshoers can camp here in the winter with a backcountry permit, meanwhile). Coin-operated showers and laundry are here, as are the groceries and gasoline available at the North Rim Store. Numerous trails, including excellent day-hiking options, lie within easy reach of the North Rim Campground.  Among them are the Transept Trail, which provides a three-mile round-trip foray along the canyon’s rim between the campground and the Grand Canyon Lodge, and the North Kaibab Trail, the only route down into the canyon bottom from the North Rim. (The 28-mile round-trip trek along the full length of the North Kaibab Trail is a backpacking affair, but you can make scenery-drunk day outings to turnaround points like Coconino Overlook, Supai Tunnel, or Roaring Springs.)

If you’re looking for a much more remote car-camping experience on the North Rim, head for Tuweep Campground (10 sites) near Toroweap Overlook in the far west of the park. In addition to a camping permit, you need a high-clearance vehicle to reach this primitive campground via its long, rough, sometimes-gnarly approach roads: the 61-mile “Sunshine Route” that begins near Fredonia, the 56-mile “Clayhole Route” from Colorado City, or the 90-mile “Main Street Route” from St. George. These farflung roads can become impassable in monsoonal downpours or winter snowstorms; bring along extra fuel if necessary and the means to repair flat tires. (“Tow service costs $1,000-2,000 and assistance is not guaranteed,” the Park Service warns.) And campers are required to make it to the campground by sunset.

As tough as it is to reach, Tuweep Campground dazzles with its dreamlike prospects—Toroweap Overlook itself gazes down 3,000 feet to the entrenched Colorado River—and tranquil, edge-of-the-wilderness feel. You can’t build a fire or use a charcoal grill (cookstoves only), there’s no water, and you must pack out all your garbage; the campground does include picnic tables and a composting toilet. 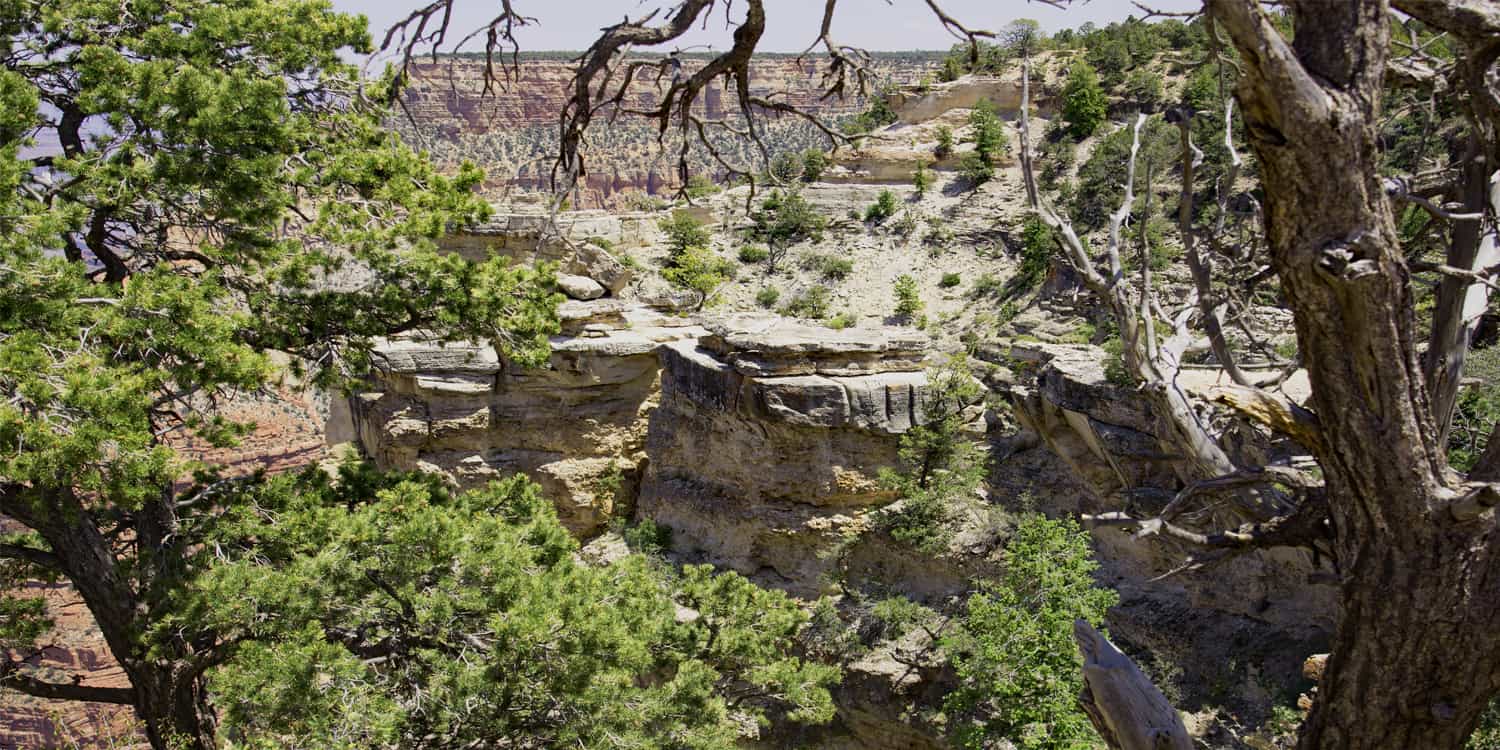 Grand Canyon is big country, both from a horizontal and vertical perspective. Along with whitewater rafting down the Colorado, foot travel’s the most intimate way to experience this mighty terrain. Backpackers find the raw silence and fiercely wild contours of the canyon that aren’t exactly apparent from a thronged rim-side parking lot or visitor center.
Permits, available through the Backcountry Information Center, are required for backpacking; you can apply by writing no further in advance than four months, while permit requests made three months or less prior to your intended trip must be in-person. The cost of a permit is $10; in addition, there’s a nightly $8-per-person (or stock animal) fee for camping below the canyon rim and a nightly $8-per-group fee for camping above the rim.
Grand Canyon National Park’s divided into many backcountry use areas categorized by management zone. The most celebrated backpacking campsites are those in “the Corridor,” the management zone traversing the canyon rim-to-rim via the iconic North Kaibab, Bright Angel, and South Kaibab trails. While this is the recreation zone recommended by the Park Service for first-time Grand Canyon backpackers—routes are well-maintained and well-marked, water stations are available, and rangers often patrol them—these hikes are nonetheless physically demanding. (A rim-to-river adventure involving thousands of feet of hard elevation change in often-sweltering conditions often humbles even well-conditioned trekkers.) The Corridor campgrounds are Indian Garden, Bright Angel, and Cottonwood; last-minute walk-up backpacking permits for these three spots are available from the Backcountry Information Center on a limited basis.
In order of increasing difficulty and remoteness, the other backcountry management zones in Grand Canyon are “Threshold,” “Primitive,” and “Wild.” In most of the “Threshold” zone save for the Widforss backcountry use area, camping is done in designated sites, while backpackers pursue dispersed camping in the “Primitive” and “Wild” zones. For those experienced in route-finding and other fundamentals of wilderness travel, the 70-mile Tonto Trail and other back-of-beyond traces offer some of the most scenic at-large camping in the Southwest. 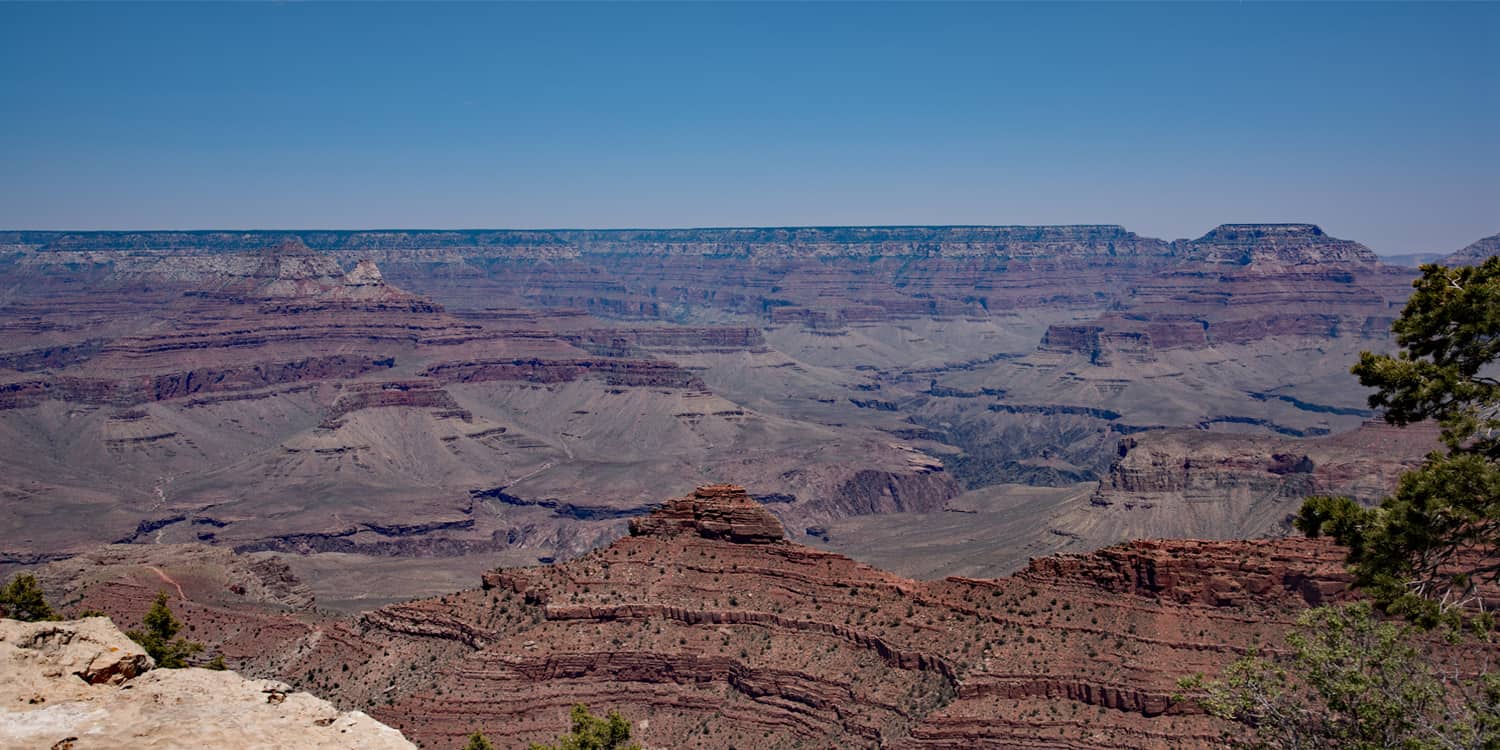 Grand Canyon Camping: Outside the Park

Among the many public and commercial camping options in the near vicinity of Grand Canyon National Park, some of the best are Forest Service campgrounds. On the North Rim, for instance, the Kaibab National Forest manages DeMotte Campground (38 sites, some reservable, $18 per night) and Jacob Lake Campground (51 sites, some reservable, $18 per night), both of which are generally open between May and October. On the South Rim, the Kaibab runs the Ten-X Campground (70 sites, some reservable, $10 per night) a mere four miles from the park entrance. Meanwhile, the Havasupai, Hualapai, and Navajo tribes also offer camping options on their lands in the vicinity of the Grand Canyon.
From a bustling campground near the rim to a Leave-No-Trace campsite on some nameless spur, Grand Canyon National Park is one unforgettable place to unfurl a sleeping bag. Even when you’re out of sight of the giant defile, its presence casts a broad spell upon the landscape: a kind of primal imminence that’s a thrill to experience in the flesh.

Iceland — The land of Fire and Ice Iceland Adventure Travel; Iceland is home to just under 325,000 people who live in a habitable area of 103,000 square kilometers. The largest city is the [...]

The Dominican Republic Treehouse Adventure in the Caribbean PRICE FOR 2 PEOPLE $597.00 (Regularly [...]

Climbing Mt Baker for the First Time Climbing Mt Baker: Amazing adventure lies just outside your door and such is the case for residents of the Pacific Northwest. A string [...]

The Magic of Sedona Arizona We recently traveled to Sedona Arizona to experience first-hand the magical splendor of this beautiful community. We booked our flight and accommodations through TripAdvisor and were extremely pleased with our choice [...]

Outdoor Technology: Hiking Backpacking and Camping You may not be a fan of outdoor technology. It may be due to a lack of understanding, maybe you think that it’s too complicated, or you [...]

Best Cocktail Recipes Have you ever wondered what the best cocktails are for entertaining your friends? Earth Gear has - and we thought we would bring the best cocktail recipes to you. But first [...]

This site uses Akismet to reduce spam. Learn how your comment data is processed.