Buy erectile dysfunction pills without a prescription in the online pharmacy.https://healthrecipeonline.com// Buy Silagra tablets online at the best price

Every outdoors person has that bucket list of great, wished-for adventures, whether it’s written out and posted as daily inspiration or just floating around somewhere in the gray matter. Backpacking into a mythic wilderness, trekking to an archaeological treasure, clapping eyes on a landscape of legendary beauty: Adventure travel can take a little more planning and preparation than your average camping trip, but the rewards tend to be vivid memories worthy of a lifetime—and a whole passel of stories to share around your next campfire.

Here you’ll find some bucket-list-worthy trips Earth Gear’s gathered practical—and inspirational—info about: rafting the Grand Canyon, hiking up to Everest Base Camp, experiencing the Amalfi Coast in Italy, Bora Bora and Cabo San Lucas, to following the ancient Inca Trail to Machu Picchu, and more. Use our articles as a framework for your adventure-travel dreams, and as orientation guides for taking the first nitty-gritty steps to making those dreams come true.

Here’s to dreaming big—and seeing some of the world’s most remarkable sights firsthand! 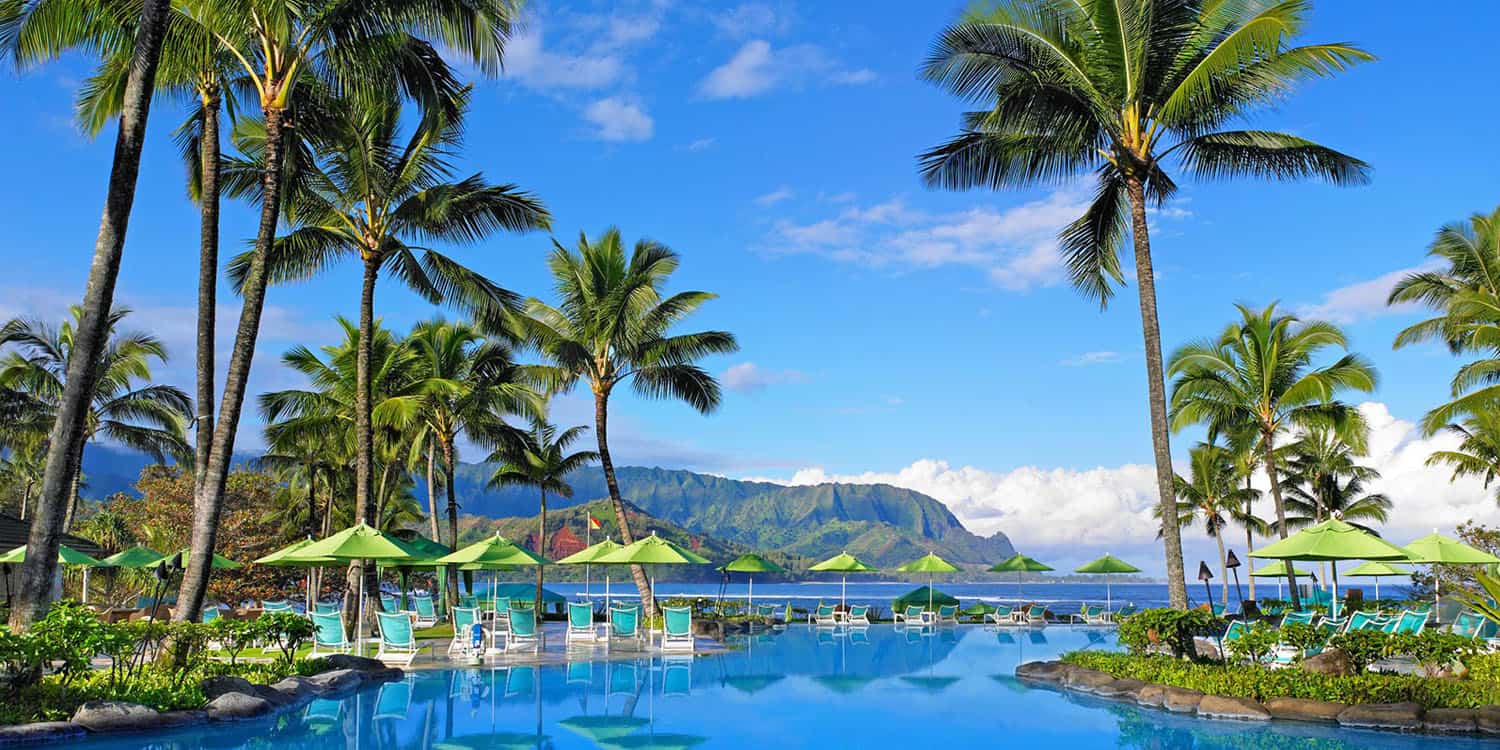 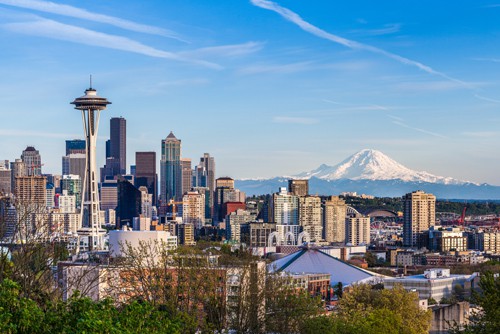 At 14,411 feet, Mount Rainier—or Tahoma, as regional American Indian tribes called it—falls a little short of the loftiest Sierra Nevada and Southern Rocky Mountain peaks. You can make a mighty strong argument, however, that Rainier’s the single most impressive summit in the conterminous United States: an all-around monster of a mountain, more topographically prominent than any Lower 48 contender and crowned with an icecap hundreds of feet thick.

Mount Rainier’s more than just awe-inspiring to behold (as millions do on clear days from the cities of the Puget Sound basin). It’s also a world-famous mountaineering destination, coveted by climbers….(Read More) 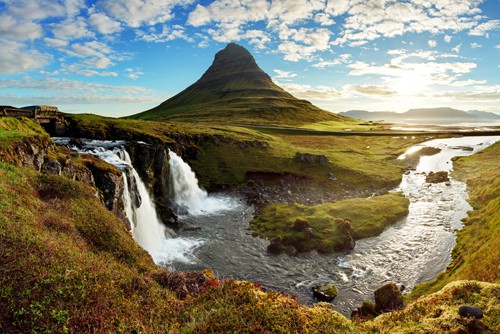 Iceland The Land of Fire and Ice

Iceland and Hawaii share a few similarities. They were both formed by what geologists call a hot spot—a hole in the earth’s crust where lava escapes. No, this is not a volcano as we know it. Simply a portal from the inner earth to the outer earth. The other thing that these two islands share is that they are both volcanic, though Iceland is by far more of a volcanic hotbed, then is Hawaii. What these two masses of land do not share is a rift zone — A valley that opens into the crust of the earth where lava upwells and forms ridges on both sides of the rift. This is a geologic structure called the mid-Atlantic ridge and it runs right through the middle of Iceland…..(Read More) 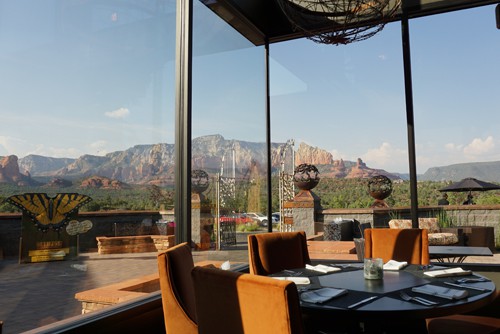 We recently traveled to Sedona Arizona to experience first-hand the magical splendor of this beautiful community. It’s hard to beat the backdrop scenery of Sedona Arizona, certainly one of America’s most scenically nestled communities. Those famous “Red Rocks” are even more magnificent in person than they appear in those glossy wall calendars. And the climate’s pretty enticing, too, what with the plentiful sunshine and generally tame winters. Given the lovely and sun-kissed landscape, then, it’s little surprise tourists and retirees alike flock to Sedona Arizona —or that spiritually minded folks of all faiths find such inspiration in the setting…[read more] 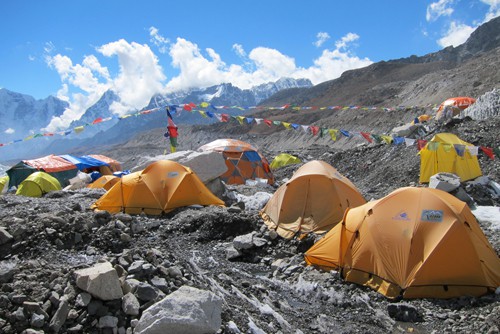 Trekking into Everest Base Camp

At 29,029 feet, Mount Everest is the tallest peak on Earth, the pyramidal apex of the planet’s grandest mountain wall, the Himalaya-Karakoram. As one of the most alluring goals in mountaineering, Everest draws hundreds of climbers every year: While at this point thousands have successfully summited, the mountain and its sinister icefalls, avalanches, jet-stream winds, and other undeniable hazards have also claimed many lives. If you’re not a technical climber—or you’re one unwilling to accept the inherent risks and often-chaotic conditions of this popular but treacherous peak—you can still experience the majesty and exoticism of Mount Everest…[read more] 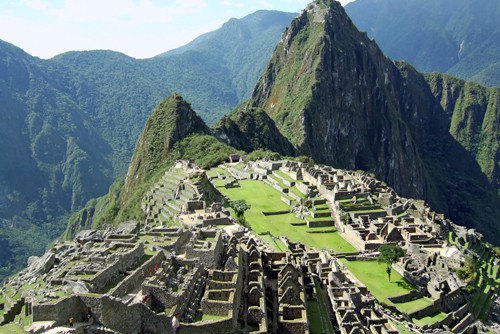 There aren’t many comparably sized regions in the world that pack in such diverse wild scenery as Oregon. Temperate rainforest to salty desert, ocean breakers to glacier-crowned volcanoes, oak parklands to juniper scrub, beach rivers to kaleidoscopic badlands—it’s all here, spread across an outdoors-loving state that’s over 50 percent in the public domain. With such landscape variety and so much backcountry to choose from, it’s not easy to narrow down a list of the Beaver State’s best hiking trails. Be that as it may, here’s an Earth Gear roundup of five excellent choices, ranging from no-sweat strolls to epic odysseys…[read more] 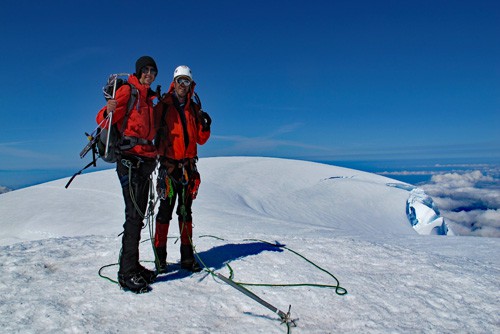 Amazing adventures lie just outside your door and such is the case for residents of the Pacific Northwest. A string of volcanic mountains run from Northern Washington down to California. Each one holds its own challenges that are attempted by thousands of worthy outdoor adventure seekers each year. The range of difficulty lies in the mountain and the route one is attempting. No matter what your skill level there is bound to be a climb that will exhilarate your soul. The most recognizable of this chain are, Mt. Baker, Mt Rainier, St Helens, Hood , Glacier Peak and Adams. Most of them are heavily glaciated and require a large degree of knowledge and awareness….[read more] 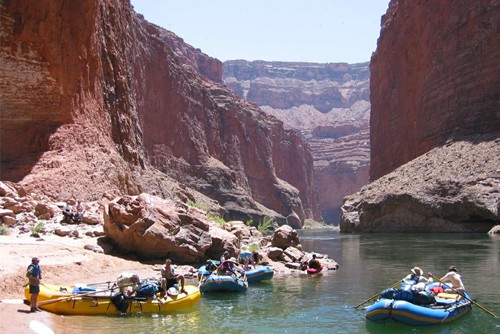 There may be no more widely celebrated whitewater trip than that through the Grand Canyon of the Colorado River, one of the world’s biggest and most breathtaking gorges. Seen from the North or South Rim in a top-down view, the Grand Canyon is certainly sublime: a gaping wound of raw red rock, engulfed in silence save for the breeze in the pinyons and the croak of a cruising raven. Get down on the river, though, and you’ve got an entirely different—and much more intimate—perspective: riding roaring rapids, gaping at sheer waterfalls and hanging gardens, peering into mysterious side canyons, lounging on tucked-away beaches most visitors never get the chance to see…[read more] 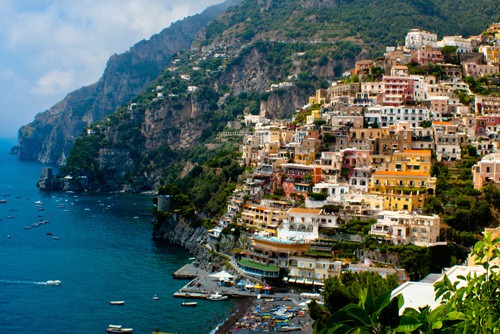 Not many seashores claim the kind of prestige enjoyed by Italy’s Amalfi Coast, the Sorrentine Peninsula’s southern riviera along the Tyrrhenian Sea. Dreamlike towns—Positano, Amalfi, Ravella—drape themselves over sharply plunging slopes; tawny beaches shimmer in cliff-walled coves; shady lemon groves make a hillwalker’s mouth water for a little post-ramble taste of local limoncello; and brave motorists somehow negotiate the crowded and tight-turning seafront road, one of the most stupendous anywhere. The same topographic characteristics that make the Amalfi Coast so pleasing on the eye have challenged road-builders and out-of-shape walkers. Here the…[read more] 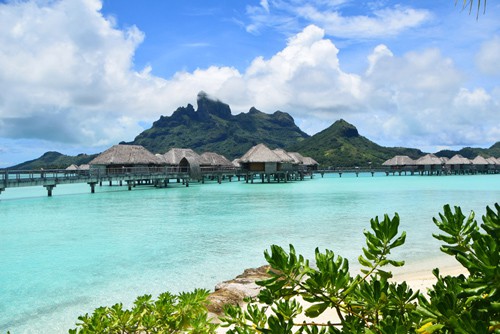 Bora Bora (or Porapora, in the traditional Polynesian spelling) must be one of the most celebrated islands in the world: a place that embodies many people’s ideal of a tropical paradise. And boy, it’s tough to argue with that perception when you see this magical place in the flesh. Part of French Polynesia’s Society Islands, Bora Bora consists of a mountainous main island composed of a heavily eroded volcano gnarled by the sharp peaks of 2,385-foot Mount Otemanu and 2,129-foot Mount Pahia; a fringing barrier reef scattered with a few rugged and many flat islets (motu); and a reef-encircled lagoon. Bora Bora’s mosaic of coral gardens, crystalline waters…[read more] 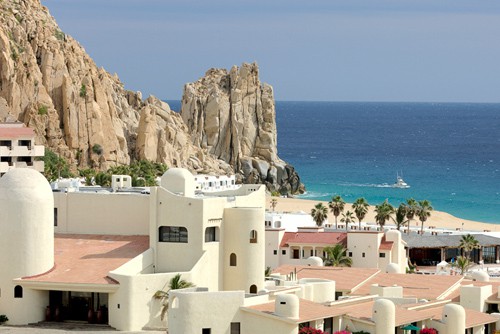 Cabo San Lucas on the southern tip of Baja California is one of the most lauded beach getaways in the Western Hemisphere. Famed for its nonstop nightlife, its heaven-minted sands, and rugged coastal scenery—including the famous pale sea arch called Land’s End—this hub at the meeting-ground of the Pacific Ocean and the Sea of Cortez (Gulf of California) is also a prime jumping-off point for outdoors people, given the rich recreational pickings both above and below the water. Here we’ll review some of the chief outdoor activities this Los Cabos city has to offer in its sun-splashed hinterland. As lively as the bars and clubs of Cabo San Lucas surely are, the real magic here lies…[read more] 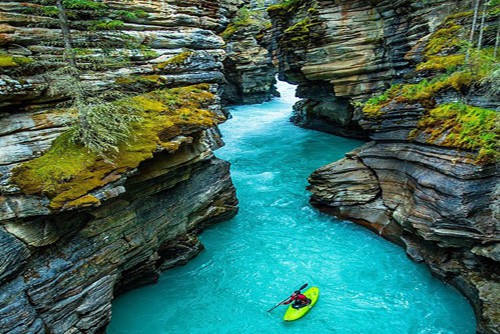 Wildlife Safety While On The Trail Bears aren’t the only large animals hikers in North America need to be cognizant of for their own safety. Here are some tips on pursuing good neighborly relations [...]